What are Oak Trusses?
Read More

What are Oak Trusses

Oak trusses are the perfect blend of architecture and engineering. Made from the strongest shape – the triangle – they support roofs across the country but they can also be a design feature in themselves.

If you have ever looked up while in your loft or driven past a house under construction you may well have seen a truss.

But do you know the history of this elegant construction tool, the options available and how they are created?

Here are four things you might not know about oak trusses. 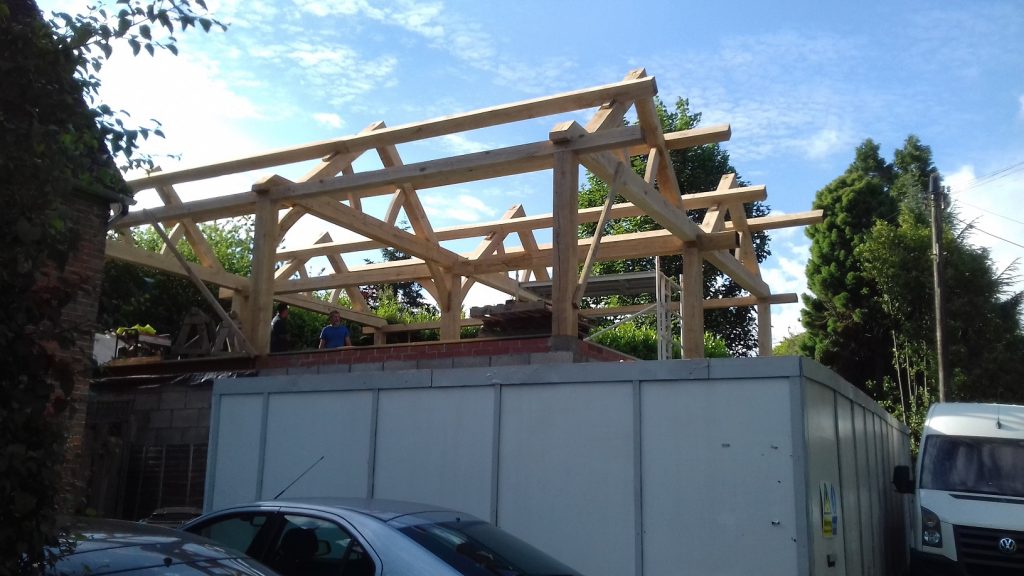 A fire-damaged rebuild with a six queen truss configuration

Truss derives from the Old French word ‘trousse’, circa 1200, which roughly translates as a collection of things bound together.

Trusses bridge the space above a room and provide support for a roof.

Believed to be a Medieval development, they became more popular than traditional coupled rafters.

Coupled rafters were structurally weak due to a lack of longitudinal support and were prone to collapse.

In contrast, the typically triangular shape of trusses allowed them to span a large distance transmitting all the weight to exterior walls. 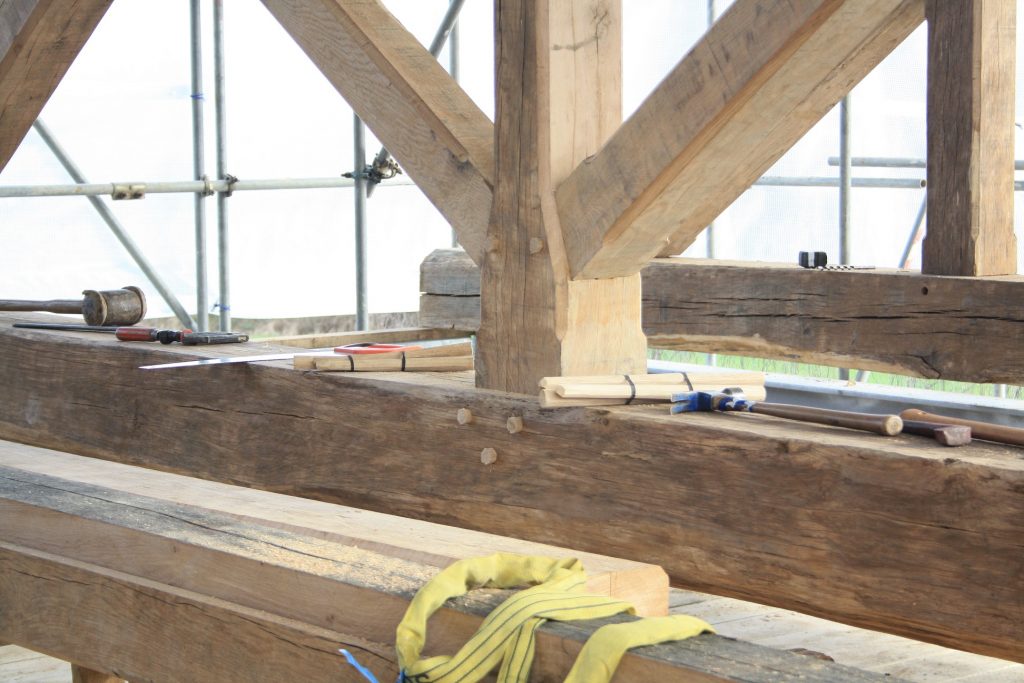 A truss under construction

The triangle is the strongest load-bearing shape. This structural stability is why trusses are typically composed of triangles.

The simplest truss is one single triangle. It is most commonly seen in a framed roof with rafters and a ceiling joist.

It can also be see in other mechanical structures including bicycles and aircraft.

The bottom chord, or tie beam, is the base for the truss which houses the principal rafters and braces.

When you look at the structural mechanics of a truss, the principle rafters hold the tie beam up allowing the truss to take large amounts of weight when in compression. 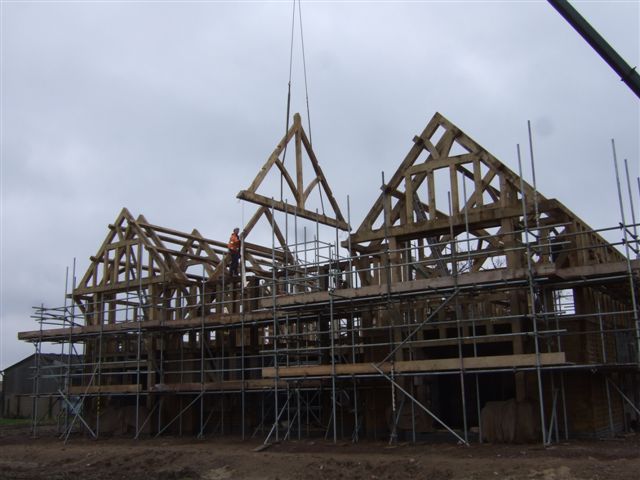 The types of truss

Despite their apparent simplicity trusses come in hundreds of different configurations.

A king post truss has two principal rafters, a tie beam and a central vertical king post. The simplest of trusses, it is commonly used with two angled struts.

Normally under tension, it requires sophisticated joints with the tie beam and principal rafters. 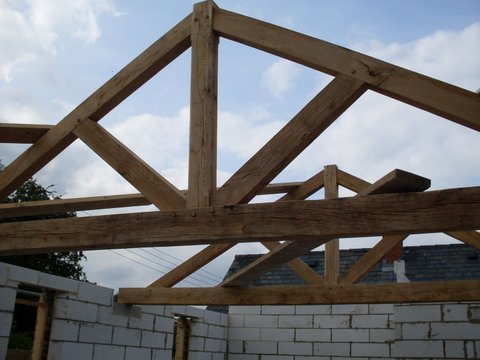 The oak trusses we can create for you

At Tradoak we can make solid oak trusses to any specification set by a structural engineer or architect.

Our yard has one of the largest stocks of air-dried and reclaimed oak in the UK.

You can see an example of just one of our large raised collar trusses projects here.

To find out more or get a free quote visit our contact us page.

Using oak to create your dream interior design
Interior design to dream If you are looking for the ideal material to make your dream interior design a reality then look no further than oak. Whether it is the scale and impact of exposed beams or the more subtle touch of a bespoke coffee table, oak is the ideal choice for any design project. […]
READ MORE
Young musician wins Tradoak bursary
Young Talent Musician Wins A dazzling performance saw one young cellist claim the title of Sussex Young Musician of the Year and a Tradoak bursary of £1,000. Leo Popplewell captured the top prize at the Coro Nuovo Sussex Young Musician finals on Saturday (July 6). Judges awarded Cambridge graduate Leo, 23, first place following a […]
READ MORE
Sussex Young Musician of the Year
Musician of the Year Finalists Meet the finalists in the Sussex Young Musician of the Year 2019 competition. These four talented musicians will compete for prizes totalling £2,000 in the final on Saturday, July 6. Organised by Coro Nuovo, the competition aims to give a platform to young Sussex musicians. Tradoak is delighted to once […]
READ MORE
Manage Cookie Consent
To provide the best experiences, we use technologies like cookies to store and/or access device information. Consenting to these technologies will allow us to process data such as browsing behaviour or unique IDs on this site. Not consenting or withdrawing consent, may adversely affect certain features and functions.
Manage options Manage services Manage vendors Read more about these purposes
View preferences
{title} {title} {title}